As any readers of this blog may know, I’m a big Star Wars fan. Unfortunately, we have a climate where I have to clarify this by adding that I love the Star Wars prequels as well. I dislike having to do that, because it implies the assumption that most Star Wars fans do not love the more recent films. Well, I do. I love them a great deal, perhaps even more so than the original trilogy, although I admire those as well.
In short, I think George Lucas is an underappreciated genius and a true artist and nowhere is this more obvious than in his magnum opus, Revenge of the Sith, which is in my opinion the most effortlessly magnificent entry in the Star Wars saga. But in this article, I want to talk about something else.

Recently we got the second trailer for The Force Awakens, the first Star Wars film outside of Lucas’ influence. Once again the internet is abuzz with merry anticipation and near-drunken excitement. There seems to be a palpable sense in the online community that this new film is going to signal the dawn of a new era in Star Wars fandom – one where everyone is happy and we can all get along, whatever our differences of opinion regarding the existing six films may be, because Disney will bring us something wonderful for everyone. I’m afraid this position is very naïve. No matter what we get to see come December, some will love it and others will hate it. That’s simply inescapable.
Remember, back in 1999, everyone went crazy over the trailers for The Phantom Menace. Hype-o-meters around the world exploded months before the film even came out. People were practically ready to quit their jobs just so they could see that movie. Suffice it to say that not everyone was equally pleased with how it turned out (again, for the record, I love that movie). I don’t want to rain on anyone’s parade but I just hope that fans aren’t getting overly excited again because that level of anticipation can backfire on you.
Personally, I’m not worried about disliking The Force Awakens. I’ve got a blu-ray set containing six amazing films that tell a satisfying and complete story. Even if the follow-up to that set ends up sucking, I’ll always have episodes one to six to enjoy. 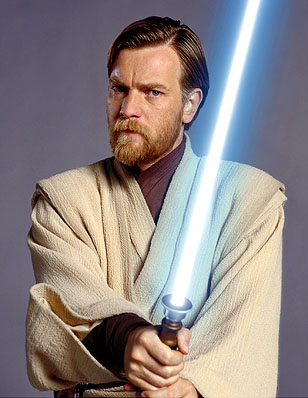 That said, what’s my take on what we’ve seen so far?
Well, I don’t think the film will be bad. Disney’s a very professional company and they make good stuff. J.J. Abrams is a very competent director and Lawrence Kasdan is obviously a great choice for the screenplay. If they produce something objectively awful, I’d be very surprised. And the trailers look cool. They have a great “feel” to them. They feel very much like Star Wars. So much so, in fact, that I’m a little bit wary precisely because of that.
When Star Wars came out in 1977, it was something like no one had ever seen before. Today, that film is no longer the dazzling display of visual fireworks it used to be. It’s still very enjoyable, but no one will say it’s particularly fast-paced or overwhelming. I think today, people’s love for that film mostly stems from an appreciation of its story and its themes, sure, but let’s not kid ourselves. The real excitement has to do with the huge gooey pile of nostalgia involved. And while nostalgia is a nice, fuzzy feeling (one that I’m very prone to myself, incidentally) it is dangerous business. It’s at least as good at clouding people’s judgment as alcohol is, perhaps better, since the effects of alcohol at least wear off after a while, whereas nostalgia only grows stronger over time. I think it’s clear that Disney is VERY aware of this human trait and that’s what has me furrow my brows a little bit.
Everything we’ve seen so far of The Force Awakens has included: a dusty desert planet, old-school vehicles, Stormtroopers, Han Solo and Chewbacca. Is it cool? Of course it is. When I saw those trailers, I loved them, but once the delirious excitement cooled down a bit, I realised that everything there was basically nostalgia with better visual effects. The final part of the latest teaser, showing Chewbacca and Han Solo saying “Chewie, we’re home” made the message extremely clear: fans are made to feel safe and comfortable in the presence of characters they’ve known and loved for over 30 years.

Is this a bad thing? Not necessarily, but to my feeling, there is a certain manipulative quality to it that has nothing to do with storytelling. This is fine for a trailer, of course. After all, the whole point of it is getting people to watch the movie when it comes out and I’m sure nostalgia is a very, very good way to do it. What makes me feel a bit sceptical is my (hopefully wrong) suspicion that the film itself will be built on three ingredients: nostalgia, nostalgia and nostalgia. With J.J. Abrams as the director, this is not an unreasonable suspicion. Super 8 was basically that. I enjoyed that film a great deal but it was a pure throwback to the Spielberg movies of the eighties. That’s nice, but I don’t want a new Star Wars film like that. I don’t want Star Wars to be “nice”, I want it to be visionary.
While we may disagree about George Lucas’ choices, I think it’s fair to say he always surprised us and did something new and different with each film. He was always exploring the boundaries of his imagination. Looking back now, I think the trailers for The Phantom Menace really had more originality and imagination to them than the ones we’ve seen for The Force Awakens so far. There were unusual creatures we hadn’t yet seen like Watto and Jar Jar, there was this amazing queen in her fantastic geisha-like outfits, an underwater city, giant fish, a Sith warrior who looked like a medieval demon,… It was unique!

The most unique thing in the trailers for The Force Awakens was that little ball droid. I loved that. But everything else was kind of very, very predictable for a Star Wars title, wasn’t it? Again, I’m not saying the film will be bad and I know it can still be very surprising, but I’m a bit wary.
One of the reasons why I loved the prequels was precisely that Lucas didn’t fall into the trap of superficial nostalgia, but took risks. In doing that, he gave us a new vision of the Star Wars saga. Sure, a lot of people hated it so much they still can’t shut up about it 15 years later, but I applaud George for this. The prequel trilogy wasn’t there to have older fans relive the magic of their youth, but to tell its own story and shine new light on its universe. This is something only an auteur like Lucas can do. In many ways, he was Star Wars up until very recently. Now that George Lucas is no longer the defining factor, what will it become? It can no longer be one man’s vision. I hope Disney somehow succeeds in honouring what Lucas did. The best way to do that, would be to show some imagination, like he always did.